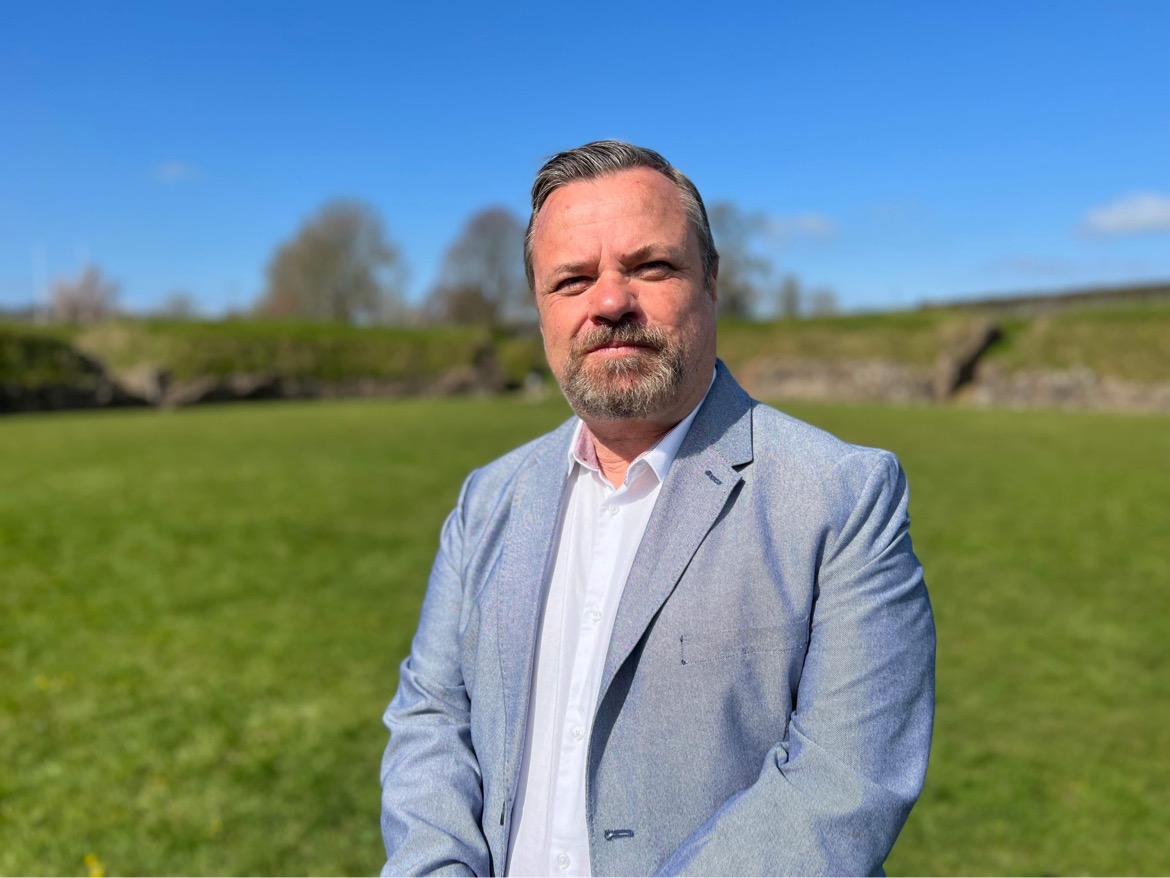 Raised in Caernarfon, Jason attended Ysgol Syr Hugh Owen before studying Politics and Economics/ Social Policy in St David’s University Lampeter and his Postgraduate degrees in Cardiff University. Living in Brighton he left the world of finances and began a 30 year career in Social Work, specialising in Child Protection, Substance Misuse and Foster Care. He was awarded a Social Work award in Westminster for leading on Foster Care families receiving free access to historical monuments and increasing support for fostered young people to 21 years of age.

He has lived over 20 years in Newport and lives with his family in Caerleon where he was elected Councillor in 2017, gaining re- election in 2022. He has held the cabinet post for environment and following re- election became cabinet member for Social Services.

Jason loves all things history and is part of the Ragamuffins Antiques Emporium in Pontypool. He also enjoys reading and painting and travels widely in Europe. He has Hungarian family and fell in love with Greece. Jason is also a first language Welsh speaker.

Jason is involved in many charities and is a trustee of a local food bank that he supported throughout the Covid pandemic and set up a local volunteer group that delivered hundreds of food parcels and prescriptions locally.He is also a director of Newport Live.

He enjoys most sport but follows West Bromwich Albion, Newport AFC, Caernarfon and Caerleon AFC.There are few clubs and societies locally that he hasn’t been involved in and most days you will find him at a meeting, litter picking or involved in a community project.

When taking time for himself it will almost always involve live music, the sea, gardening and food (he set up Caerleon and Ponthir Restaurant week in 2016)

Jason is passionate about Caerleon and it’s people and loves living here. His dream is to see Caerleon play Caernarfon Town (A North v South- Roman Cup) with Caerleon having the best facilities in the region. He is determined to find solutions to our longterm issues and will always try and make a positive difference in his role.